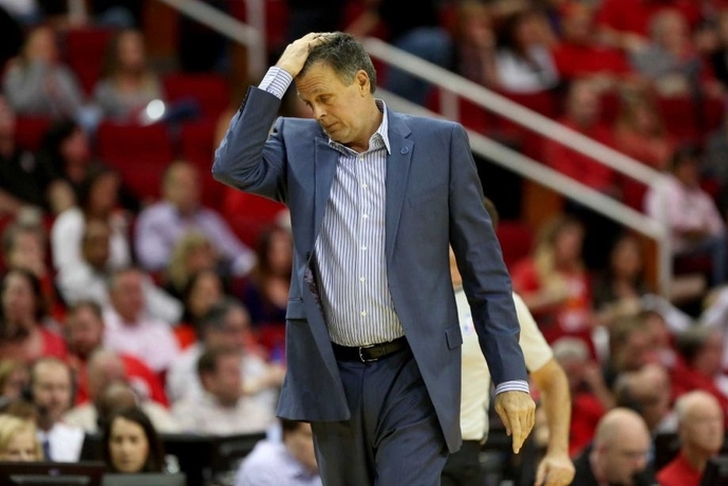 McHale led the Rockets to the Western Conference Finals last season, but Houston has gotten off to a disastrous 4-7 start despite increased expectations. Wojnarowski reports that the lackluster start forced the Rockets to take action before they wanted to:

Houston's 4-7 start demanded change to right season; Bickerstaff will be charged w/ restoring defensive mindset that he installed year ago.

Houston has tremendous talent, needs to salvage season. That pushed Rockets to make move sooner than later on parting ways with McHale.

Houston acquired point guard Ty Lawson in an offseason trade with the Denver Nuggets, adding him to their core of James Harden and Dwight Howard, which was thought to make the Rockets competitive with the Warriors, Spurs, Clippers, and Thunder at the top of the West.

McHale went 190-126 since taking over the Rockets in 2011, making him the winningest coach in franchise history, leading them to the playoffs each of the last three seasons.