Harden, Rockets Use Big 2nd Half For Dominant 118-87 Game 1 Win Over Thunder 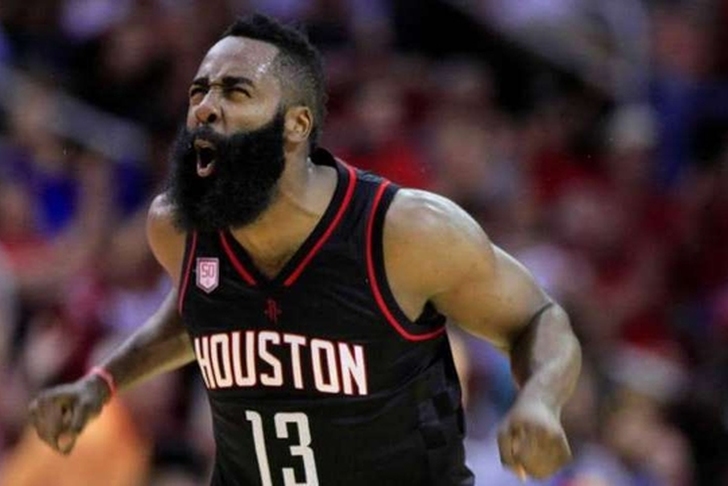 Game 1 in the battle of MVP frontrunners clearly went to James Harden.

Harden dropped 37 points - including 13 in a game-changing run in the third quarter - to go along with nine assists and seven rebounds to lead the Houston Rockets to a convincing 118-87 win over the Oklahoma City Thunder.

Patrick Beverley also poured in a playoff career-high 21 points and 10 rebounds to give the Rockets a boost, and both players spearheaded a 23-8 run in the third quarter that turned this one from a close game into a blowout. The two sides had traded the lead throughout the first half, and no one was able to gain any kind of control until Houston's second-half explosion.

.@CapelaClint gets the circus shot to go while he's falling to the ground with a man on his back!! #Rockets #NBA #NBAPlayoffs pic.twitter.com/Tin51GVaqK

The big difference was the ability of Houston's defense to match their offense. They limited the Thunder to just 37.5 percent shooting and kept Russell Westbrook in check, limiting him to 22 points, 11 rebounds and seven assists on just 6/23 shooting while turning the ball over nine times.

Andre Roberson added 18 points for OKC. They were the only two starters who scored more than six points.