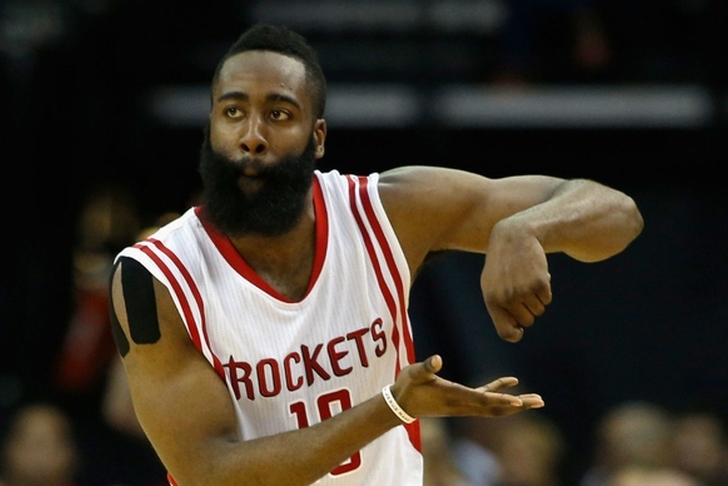 James Harden has agreed to a contract extension that will keep him with the Houston Rockets through 2020, according to The Vertical's Adrian Wojnarowski:

Sources on @TheVertical: All-Star James Harden has agreed to a 4-year, $118M contract renegotiation that takes him through 2020 in Houston.

Harden, the face of the Rockets franchise, was entering the last guaranteed year of his five-year, $80 million deal he signed with the Rockets in 2012, though Houston held a team option for the 2017-18 season.

He was due to make over $16.7 million this season - now he will make an average of $29.5 million over the next four years. The final year of the extension is a player option.