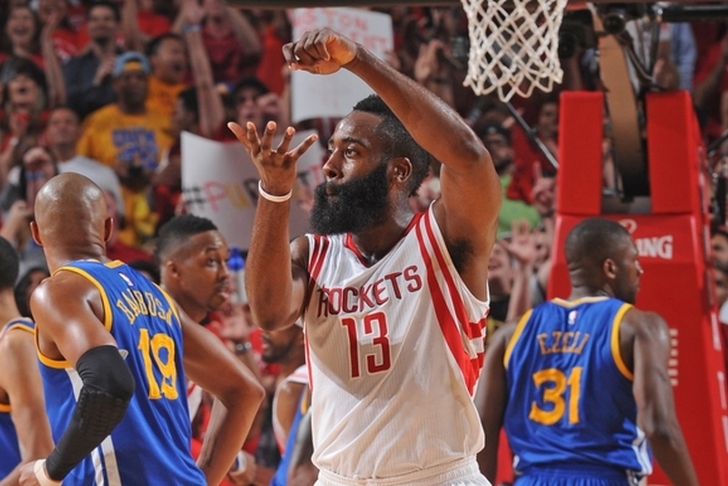 Turns out, the Golden State Warriors do need Stephen Curry to beat the Houston Rockets.

The MVP missed his second consecutive game with an ankle injury, and Golden State wasn't able to replace that production on the perimeter as they lost 97-96 to the Rockets in Game 3.

After the Warriors scored the first bucket of the game, Houston went on a 31-16 run to close the first quarter with a commanding double-digit lead. That lead would balloon to as many as 17 in the half, but Golden State closed the second on a 12-2 run to cut Houston's lead to 55-48 at the break.

The Rockets were then able to maintain a comfortable lead throughout third quarter - then Golden State caught fire. An 18-7 run at the start of the fourth quarter brought the Warriors to within one, but they weren't able to get over the hump after going four minutes without a basket.

Houston rebuilt an eight-point lead as a result, but of course, it wouldn't last long. The Warriors employed the "Hack-a-Howard" strategy to go on an 11-2 run to take the 94-93 lead on a floater from Ian Clark. However, Rockets forward Michael Beasley was fouled while rebounding the ball with under a minute to play, and his two free throws gave Houston the lead back.

That was when the drama really started.

With 14 seconds left, Houston threw the ball away on the inbounds pass, which led to another Clark layup, giving Golden State the one-point lead. Then James Harden got the ball, and he drilled a mid-range step-back fadeaway with two seconds left to give Houston the lead.

James Harden was the star of the show in this one, dropping 35 points to go along with nine assists and eight rebounds. Dwight Howard also contributed in a big way with 13 points and 13 rebounds.

Golden State was led by 22 points from Marreese Speights off the bench. Klay Thompson (17 points) and Shaun Livingston (16 points) were the only other players that joined him in double figures. Clark finished with nine points.

The Warriors are expected to have Curry back for Game 4 in Houston, which will on Sunday at 3:30 pm ET on ABC.