Fact Or Fiction: Dwight Howard Is More Trouble Than He's Worth For The Rockets 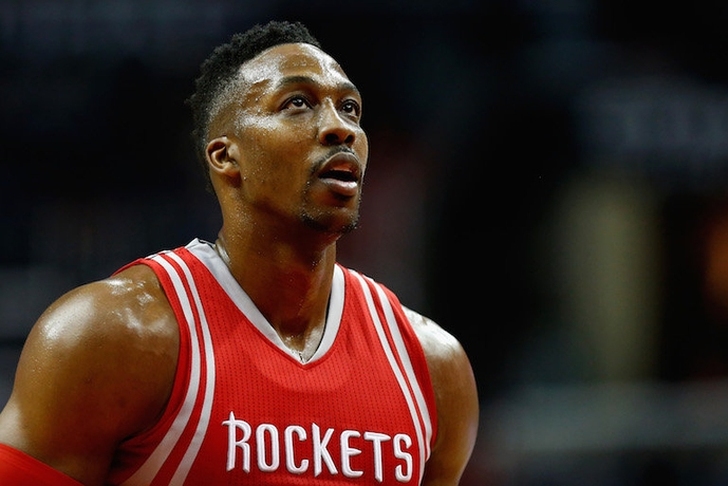 Dwight Howard was at the center of the latest chapter in the Houston Rockets saga this season after a report revealed that the big man is "extremely unhappy" playing second-fiddle to James Harden in Houston and would like to leave the team, either via a trade or through free agency this summer. That has brought up the debate as to whether Howard is worth this potential headache given his age and diminishing production. So what should the Rockets do? Let's look at both sides:

The Case For
Howard is the highest-paid player on the team ($22.3 million), earning nearly $7 million more than James Harden - and he has a player option for over $23 million next season. Chances are that Howard will take that option because it's more money than he'll probably earn on the open market, and he simply isn't worth it. He's only sixth on the team in shot attempts and is having his worst season since his rookie year, putting up just 12.7 points and less than two blocks per game. Howard's production has dropped significantly every year he has been with the Rockets, and Houston shouldn't be playing THAT much money to a diminishing superstar that has a history of causing off-court issues.

The Case Against
The reason why Howard is so unhappy is because of his lack of touches, which is why his production hasn't been what we're accustomed to seeing from him. Houston has gone to a extremely perimeter-focused offense under new head coach J.B. Bickerstaff, who is the team's interim head coach after they fired Kevin McHale earlier in the season. The front office's fascination with the three-point shot has turned their focus away from Howard on offense, but he's still every bit as good as he has been, shown by his nearly 12 rebounds per game.

Verdict: A soft no
In a league that lacks many good legitimate big man, Howard is a definite commodity that should be getting more opportunities on offense. He can still out-physical everyone he faces in the post, and if defenses have to pay more attention to him down low, it'll open up more three-point shots for all of Houston's shooters.

If it's a simple matter of Howard being upset because he wants more touches, he's definitely worth the trouble - just give him the ball a bit more, and chances are the Rockets will be more successful. However, if he really is upset because he's not the focal point of the team and can't stand playing second banana to Harden, then the answer is yes and they need to trade him. They can't risk losing him for nothing in free agency or having him opt-in and paying him over $23 million next year.