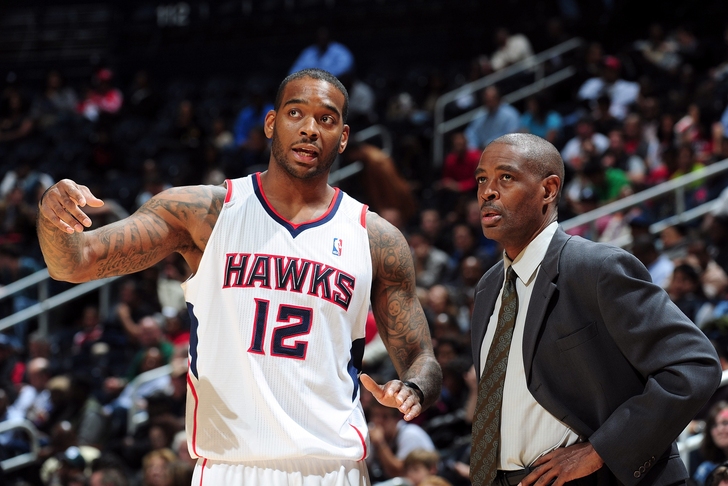 Can't get enough Rockets news and rumors? Be sure to download our 5-star iPhone app today!

The Houston Rockets waived veteran forward Josh Powell last week, but retained him for the time being so that he can try his hand at coaching. If he officially decides to retire instead of seeking another NBA job as a player, he would likely find himself as a player development coach for the franchise going forward.

“It just fell into place,” Powell said, via Jonathan Feigen of Ultimate Rockets. “I don’t ever question what God has in store. One door closes and another one opens. Coach (Kevin McHale) is being patient with me. Everyone has been real helpful in helping me through the transition process. I look forward to a new chapter and an exciting opportunity.”

Powell is a long-time friend of center Dwight Howard and signed with the team last season to give them some veteran leadership off the bench going into the playoffs.

He went to camp with the Rockets in early October, but he was subsequently waived after receiving very playing time in the preseason.

“He’s evaluating the next steps of his career,” Rockets GM Daryl Morey said.

“We think he would be a fantastic coach if he chooses to go that route.”