Those Articles About Chemistry Problems On The Rockets? Yeah, That Was Total BS 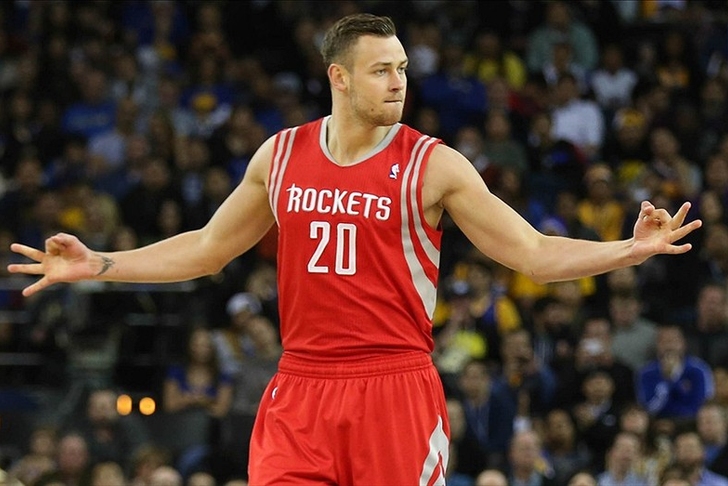 On Friday morning, a Lithuanian Twitter account posted a tweet (now deleted) claiming that Rockets role player Donatas Motiejūnas had said some pretty harsh things about Dwight Howard, James Harden, and Houston's team chemistry. The essence of the quote was that Dwight Howard and James Harden almost never ate with the rest of the team, and usually did their own thing at a fast food restaurant instead.

Immediately, articles started showing up talking about how Houston's team chemistry was in the toilet and Harden and Howard were primadonnas (we aren't going to name names, but the worst culprit rhymes with 'Dreacher Report').

Then, someone actually bothered to translate the Motiejūnas quote...and it turns out he said something totally different! He was making a joke that got completely mistranslated and taken out of context, and he wasn't happy about it:

Spending all this time in Lithuania I understand the media in here it's a joke.From the funny radio show that we try do make with Radistai

This shit come out . They took a jokes like a real staff ? Who takes a radio shows like an interview ? " Lithuania media " ...

Would like to apologize for the confusion & especially to @DonatasMot for playing a big part in the broken telephone. pic.twitter.com/TeBBzLHqjK

So, what do we take away from all this? First of all, Houston's team chemistry is just fine. Second, don't get your sports news from websites that base entire articles on a poorly translated tweet.