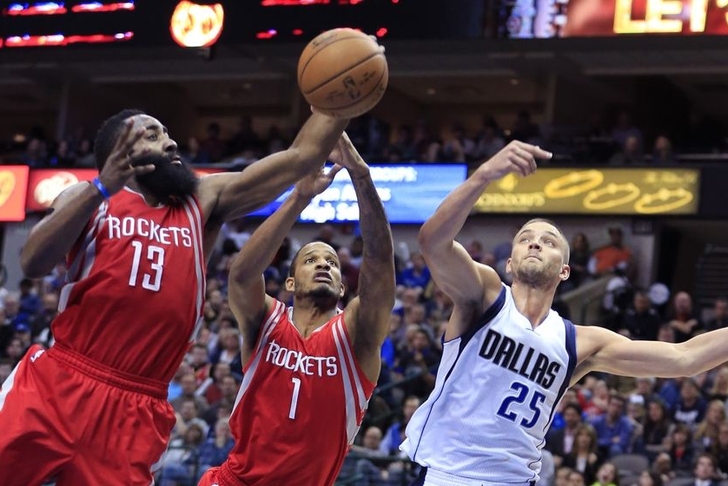 What will Harden do for an encore?

Harden erupted for a season-high 51 points last night against the Sacramento Kings, but that can have a negative impact on him and the team tonight. He's already the focal point of Houston's offense, but he may try to take over the game even more by forcing the action, which often leads to bad decisions. The Rockets need Harden to play well to win, and if he doesn't force things, he'll lead Houston to a victory.

Howard is dealing with a knee injury, but players are still the defensive anchors of their respective teams. However, a big factor in this game will be the kind of offensive impact each player has. Getting an unexpected boost from the post will do wonders for both teams, so whichever player scores more points and is more efficient on offense will be a big reason their team wins the game.

Dallas has struggled without Monta Ellis, and they won't have enough scoring punch without him to get past the Rockets.