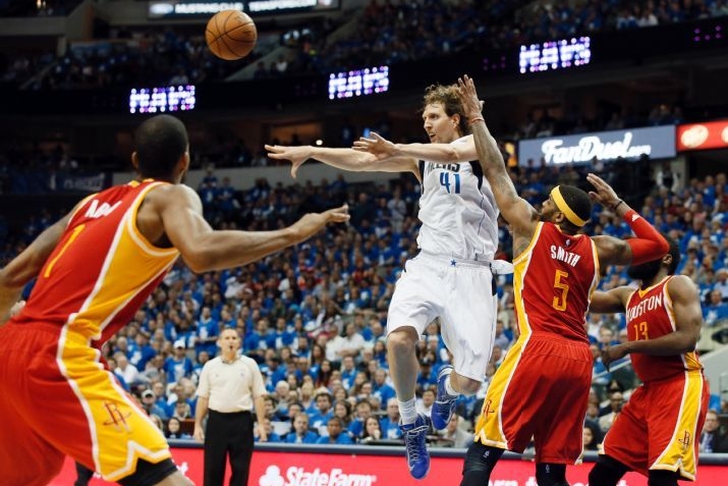 The Dallas Mavericks kept their season alive with a home victory over the Houston Rockets in Game 4, and now will try to extend their season again in Game 5. Can they do just that, or will Houston advance to the second round?

Can J.J. Barea do it again?

Dallas head coach Rick Carlisle turned to Barea to start Game 4 with injuries to Rajon Rondo and Raymond Felton, and Barea delivered in a big way with 17 points and 13 assists. He was the engine that drove the Mavs in that game, and Dallas needs him to do the same thing tonight if they want to keep their season alive.

Will Dallas revert to "Hack-a-Howard"?

Dwight Howard had owned the paint for the Rockets in the first three games of this series, but he had limited effectiveness in Game 4 as Dallas sent him to the free throw line often. He made just 3/13 foul shots, leaving points at the line and allowing the Mavs to take control of the game. Look for Dallas to send Howard to the line even more in Game 5.

Dallas was able to get a win on their home court, but now that the series is moving back to Houston, the Rockets have the advantage and will close the series out.