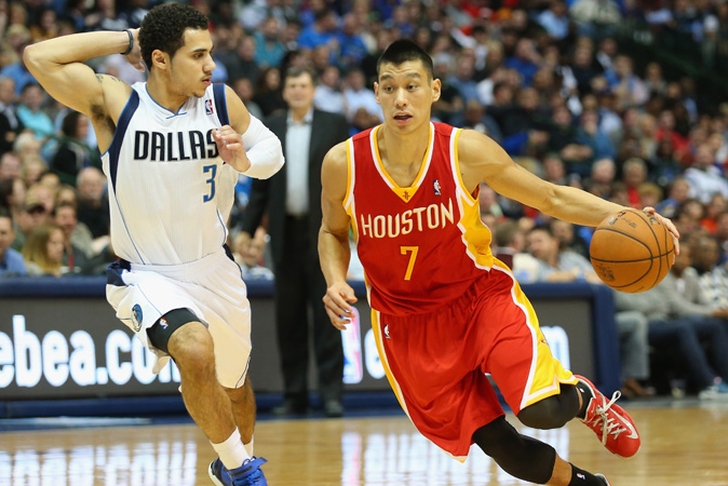 In today's Rockets rumors surrounding the impending free agency period, the Houston Rockets are already prepared for a run at either Carmelo Anthony or LeBron James.

According to Howard Beck of Bleacher Report, the Rockets have things lined up so that they can trade Jeremy Lin immediately if they need to:

Rival exec tells me Rockets already have a Jeremy Lin deal lined up and ready to execute if they need the cap room to sign Melo or LBJ.

The Houston Rockets are currently on the list of three teams (along with Dallas and Chicago) scheduled to meet with New York Knicks star Carmelo Anthony after July 1st.

Rumors of a sign-and-trade involving James Harden to land Melo might have been hasty - especially if the Rockets can clear enough space under the cap to offer Anthony a competitive salary compared to the open market.

LeBron James might be a little bit harder of a sell, depending upon if he is really leaning towards testing the free agency waters or if he actually is looking to restructure his deal with Miami to bring in another top star to play alongside him.

Whichever one of the two the team end up fully targeting, Houston general manager Daryl Morey should have all the tools he needs to make a legitimate push for their services.