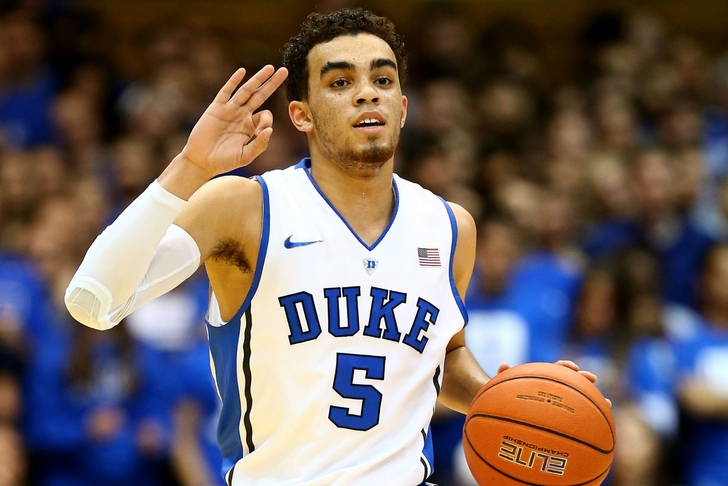 The Houston Rockets are looking for a backup point guard in the NBA Draft, and they're reportedly targeting Duke point guard Tyus Jones.

According to ESPN Minneapolis 1500 AM and KSTP-TV’s Darren Wolfson, he will work out with the Rockets on Wednesday:

Apple Valley's Tyus Jones will workout for the Rockets next after the Mavs Monday. If #Twolves want, believe they need to jump Hou. at 18.