Rockets Rumors: Bosh to Houston if LeBron goes to Cleveland? 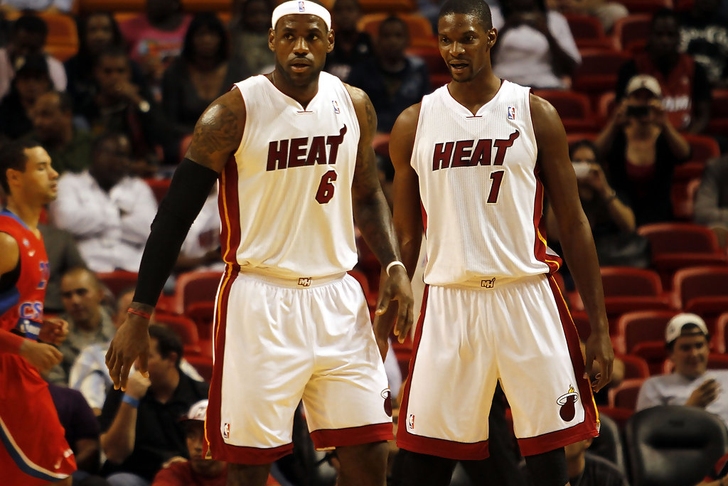 In today's Rockets rumors and news update, one NBA writer believes that a potential LeBron James/Cleveland Cavaliers reunion could be the big key for the Houston Rockets in landing Miami Heat big man Chris Bosh on a four-year max contract.

According to Jerome Solomon of the Houston Chronicle, "aside from his choosing to come to Houston, James to Cleveland is the next best thing for the Rockets. Not only would it probably be the push for Bosh to accept their deal, it would keep James in the Eastern Conference and saddle him with a young, unproven squad that hasn't come close to a winning season since he left."

The Houston Rockets offered Bosh a four-year, $88 million deal - a contract which the multifaceted talent is reportedly "seriously considering," per ESPN's Chris Broussard.

A James departure from Miami may be the only thing standing in the way at this juncture. If James leaves, it would be on Bosh to decide whether he should remain in Miami with a franchise who is reported to be low-balling him in contract negotiations to increase their chances of retaining LeBron.

In that situation, it's hard to believe that Bosh wouldn't accept Houston's invitation to join Dwight Howard and James Harden in Texas.

Follow our Houston Rockets team page for the latest in Rockets rumors!