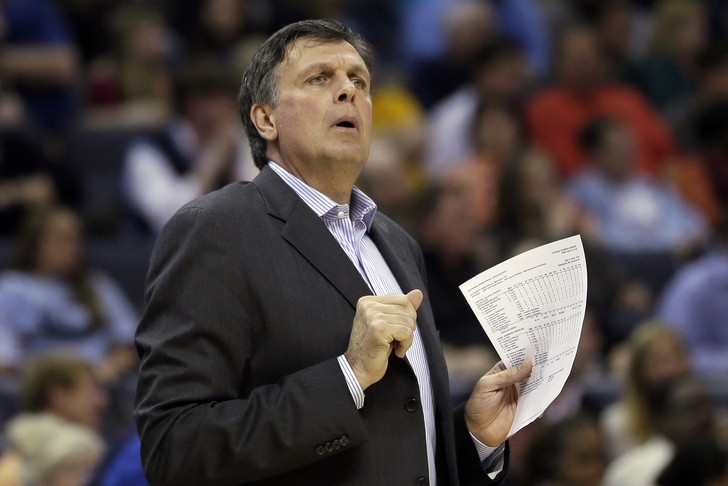 Per Ramona Shelburne and Marc Stein, despite the fact that the Rockets haven't picked up McHale's option for a fourth year on his contract, "sources close to the situation said this week that support for Houston's coach remains strong within the organization and among key players despite the team's struggles thus far in the playoffs."

After landing superstar center Dwight Howard this summer, expectations have been running high for this Houston Rockets squad. However, after losing the first two games at home of their Western Conference quarterfinal series with the Portland Trail Blazers, many critics have come out and questioned McHale's job security going forward.

While Kevin McHale will be by no means safe if the Rockets exit early out of the 2014 NBA Playoffs, "sources told ESPN.com that the prevailing feeling in team circles is that McHale "deserves more than one season with this group."'

"McHale has strong support from high-profile Rockets such as Howard and forward Chandler Parsons, sources said, and it's believed general manager Daryl Morey and his front office also prefers to see this group -- which is the youngest team in the postseason with an average age of 25.7 -- grow together," Stein and Shelburne report.

Your Rockets news whenever and wherever you want it. Download our new Chat Sports iPhone app and follow our Rockets team page today.