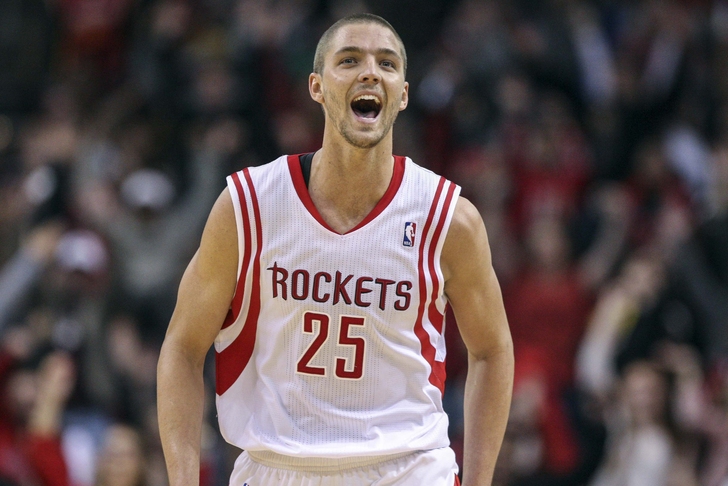 In Rockets news today, Houston Rockets star center Dwight Howard is lending Chandler Parsons his Ferrari for the entirety of the NBA Playoffs.

Why you may ask? According to Jonathan Feigen of the Ultimate Rockets blog, Howard lent Parsons his car because "Parsons’ SUV was in need of repairs after a driver ran a red light and hit his car outside Toyota Center last week."

“I didn’t give away a car,” Howard states in the article. “I just let him borrow my car for the playoffs. I didn’t actually buy Chandler a Ferrari for a Mohawk. That would be crazy. Not that nice. I love Chandler to death, but I worked hard for that car."

"I’m driving that thing every day until we win the championship. It’s unreal. I don’t know if I’m ever going to drive anything else. It’s nice,” Chandler added.

Hopefully for Rockets fans, he'll be driving that car for a long time yet.