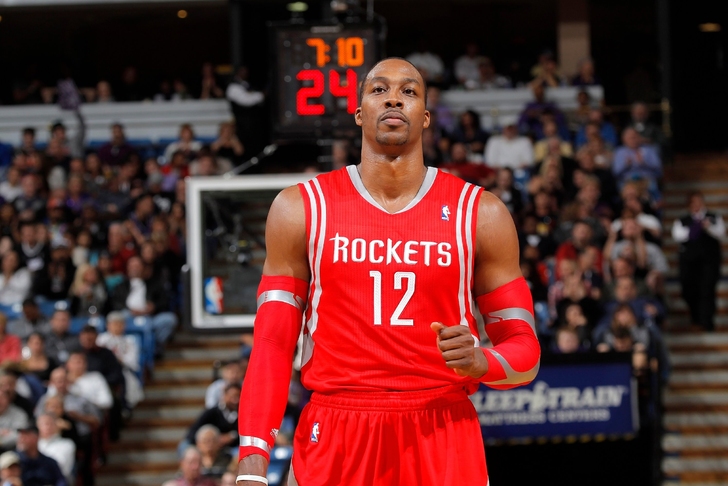 Houston Rockets big man Dwight Howard injured his ankle in the team's 113-111 win over the Phoenix Suns on Friday, and was ruled out of Sunday's contest against the Los Angeles Lakers with no timetable yet for a return.

Howard twisted his ankle after landing on the foot of a Suns player, and was forced to limp back to the locker room prior to the team ruling him out for the rest of the game.

Things got even more scary for Rockets fans and employees alike when Howard was forced to leave the arena in a walking boot, per an Associated Press report.

"I really couldn't put any pressure on it," Howard said after the game. "But we got the win, so that's the only thing that matters."

Howard is currently being listed as day-to-day by most sites as no information on an exact recovery time has been released to the press.