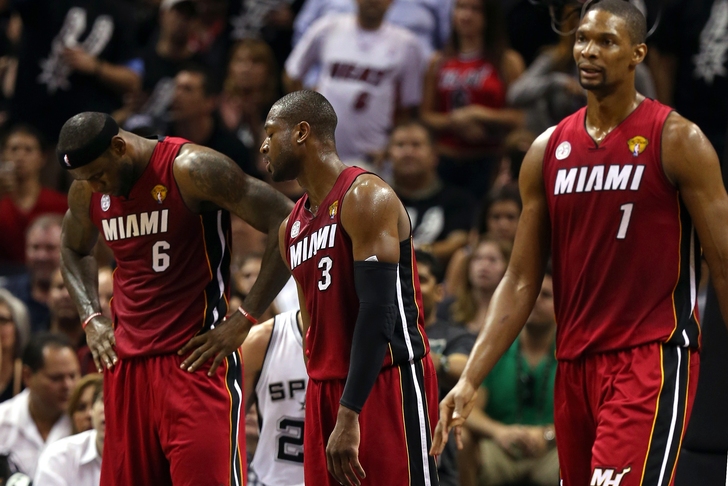 Count the Houston Rockets as an extremely interested party when it comes to LeBron James' upcoming free agency decision.

According to Brian Windhorst and Chris Broussard of ESPN.com, "if James does choose to leave the Heat, free agent Chris Bosh will sign with the Houston Rockets, sources said. James not rushing to make a choice could put a time squeeze on Bosh. Though he hopes to remain with the Heat along with James, sources said, Bosh has secured a backup offer for four years and $88 million from the Rockets."

The situation for both Bosh and the Rockets gone even more complicated on Wednesday, with the Dallas Mavericks signing Houston restricted free agent Chandler Parsons to a three-year offer sheet worth more than $45 million.

With Parsons expected to sign the Mavs' offer sheet on early Thursday morning EST, the Rockets will have 72 hours from when he puts pen to paper to decide whether to match Dallas' offer or let him walk.

Per Windhorst and Broussard, Houston can both match and sign Bosh - provided that they sign Bosh first. This places the onus on LeBron James. According to Sam Amico of FOX Sports Ohio, James may already have his decision in mind - with a potential announcement coming on Thursday.

If that indeed happens, the Houston Rockets will soon have their answer as to whether or not they will have Bosh on their roster for the next four years.

For all the latest on Chris Bosh's free agency decision, stay tuned to Chat Sports and our Houston Rockets team page.