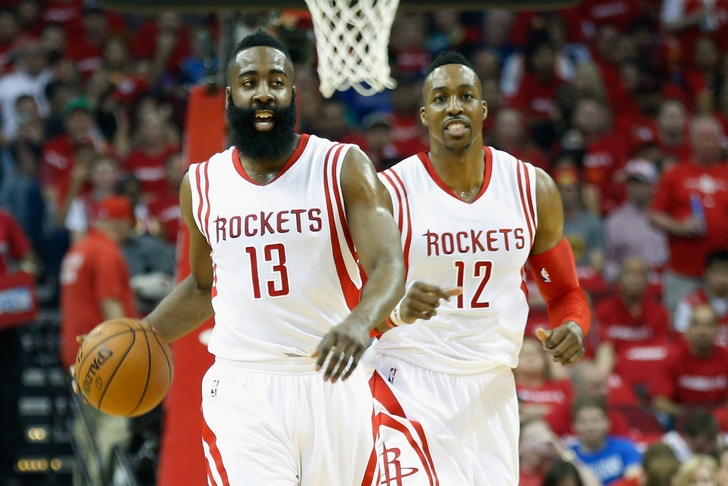 The numbers were against the Houston Rockets just a week ago. Only eight teams in NBA history had come back from a 3-1 deficit in a best-of-seven series, and it didn't appear the Rockets had the juice to become the ninth.

Oh, how things change in a week.

The Rockets hammered the Los Angeles Clippers early and often in Game 7, gradually extending their lead to close to 20 before surviving a late 12-2 Clippers run for a series-clinching 113-100 win in front of a ear-splittingly loud home crowd at the Toyota Center.

Riding a fireworks show on offense and some lockdown defense both on the perimeter and in the restricted area, Houston never trailed and dashed Los Angeles' bid for a first-ever berth in the Conference Finals. They advance to the West's final round for the first time in 18 years.

Houston's offense was in launch mode all day long, hitting at a 44.9% clip from the field. But, it was their +20 advantage points-wise from the free throw line which saved them from what could have been an epic collapse.

One of the awards goes to backup point guard Pablo Prigioni for igniting the Rockets in limited minutes both with some timely assists and some absolutely rousing effort plays. The other two go to James Harden (31 points) and Dwight Howard (16 points, 15 rebounds) for once again coming up big when the chips were down.

Oh yeah, and then there was Trevor Ariza's six 3-pointers. Fantastic team effort by the Rockets.

It was a lackadaisical effort for the Clippers for long stretches of this Game 7, but we'll give the nod to Blake Griffin (27 points, 11 rebounds) for going down swinging with a double-double.

The Houston Rockets head west to face off with the Golden State Warriors for Game 1 of the West Finals. Tipoff is slated for just after 6:00pm local time in Oakland.

For a shell-shocked Los Angeles Clippers team, it's an early vacation and a beyond disappointing ending to a promising season.