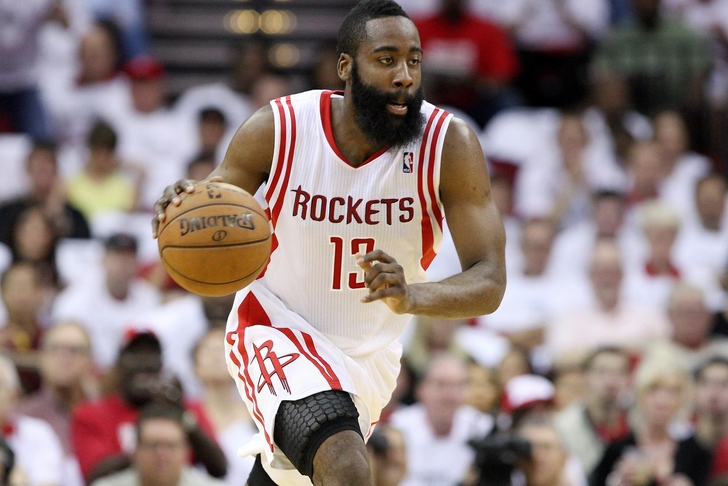 The Houston Rockets and Dallas Mavericks are well-acquainted with each other, and that made for a tense, entertaining Game 1 of their NBA Western Conference Quarterfinal series on Saturday night.

Houston staked themselves to a 32-19 lead after one thanks to stifling defense and a seemingly unstoppable attacked keyed by NBA MVP candidate James Harden. Dallas would counterpunch in the second quarter, closing the gap to four at the half. However, it was too much Houston too much of the time in the last 24 minutes, as the Rockets pulled away for a 118-108 win in front of their home faithful at the Toyota Center.

Well, there's the fact that the Rockets shot an insane 45 free throws, making 32.

However, the Rockets also rotated the ball extremely efficiently in the half-court and on the break, posting 26 assists to Dallas' 19. That selflessness allowed the entire team to get in an offensive groove rather than putting the entire scoring load onto James Harden.

Speaking of James Harden, it was the bearded one who set the tone for the team's passing ways on Saturday -- posting 11 assists to go with his 24 points for a very well-balanced double-double.

One of the guys who benefited from Harden's night of dimes? Corey Brewer, who electrified off the bench with a HUGE second half. He finished with 15.

Dirk Nowitzki is still Dirk Nowitzki, and he showed that on Saturday by draining clutch jumpers and evoking visions of his peak years just a few seasons ago. Dirk finished with 24 points and eight rebounds in a gritty effort that bodes well for the Mavs' chances if the rest of his teammates can follow suit.

Both teams get a couple of days off before locking horns once again in Houston for Game 2 on Tuesday night. Tipoff is slated for just after 8:30pm local time.