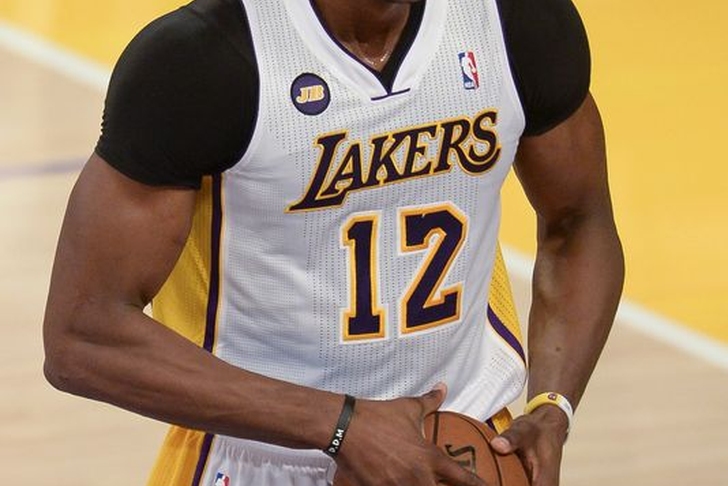 After some considerable forward planning, the Houston Rockets have emerged as the presumptive frontrunners for Dwight Howard. A massive contingency met with Howard in Los Angeles on Sunday night, featuring the likes of James Harden, Chandler Parsons, coach Kevin McHale, general manager Daryl Morey, owner Les Alexander, Hall of Famers Hakeem Olajuwon and Clyde Drexler, Yao Ming via Skype from China, and a recorded a video message from Dikembe Mutombo.

After the meeting, GM Morey tweeted this:

Was gr8 meeting with @DwightHoward. Hakeem & Clyde there made it obvious how @DwightHoward & @JHarden13 could be the next gr8 big/wing combo

The Rockets can offer Howard almost everything he is rumored to be looking for. Houston is a young, talented team with plenty of pieces in place that Howard can come into and immediately be the No. 1 guy. Coach Kevin McHale is one of the best centers of all time and would presumably utilize Howard much more effectively than Mike D'Antoni did with the Lakers.

[RELATED: Dwight Howard not likely to re-sign with Lakers]

Perhaps best of all, Howard would be the best player on a highly-competitive team in a low-pressure environment. One of the toughest parts of his time with the Lakers for Howard was the immense pressure he felt from both Lakers fans and media.

Not to compare the quality of fan-bases, but there would be decidedly less pressure in Houston than in Los Angeles. Lakers fans have become so accustomed to winning, that is the only thing they accept. Simply being a great player doesn't do it; you have to win, or else you're nothing. That's something very frustrating to Howard. In Houston, however, Howard will be treated to a hero's welcome (at least in the beginning), and there is no doubt fans and media will have much more patience for him in Houston than he found in Los Angeles.

The one place Houston seems to fall short is in dollars. The Rockets have plenty of cap space and are prepared to offer Howard a maximum free agent contract worth some $88 million over four years, with advantageous Texas tax laws. Los Angeles, however, can offer Houston a maximum extension of nearly $118 million over five years, $30 million more in total and close to $2 million more per year.

Besides the Rockets and the Lakers, Howard is also meeting with the Atlanta Hawks, Golden State Warriors and Dallas Mavericks on Monday and Tuesday. He is expected to sign with a team on July 10, as soon as he is allowed to per NBA rules.

Keep it locked here for the latest Houston Rockets and Dwight Howard rumors and breaking news.