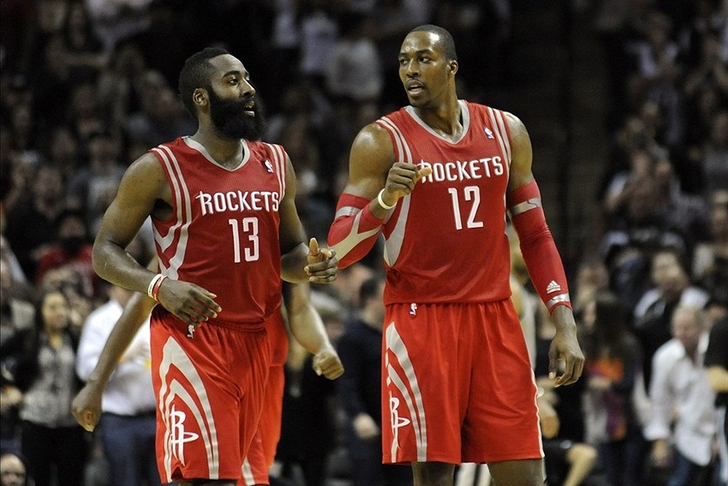 Houston Rockets All-Star James Harden is arguably best shooting guard in the NBA today, but he's been the punchline of many jokes amongst fans for his apparent lack of interest in playing defense.

His teammate Dwight Howard, who is a three-time winner of the Defensive Player of the Year award, has praised Harden's defensive effort so far this season.

Harden has proven to be a capable defender when he wants to be and played well on that end of the floor for Team USA in the FIBA World Cup this summer, but the effort hasn't always been there in the past.