4 Teams Dwight Howard Will Likely Sign With This Offseason 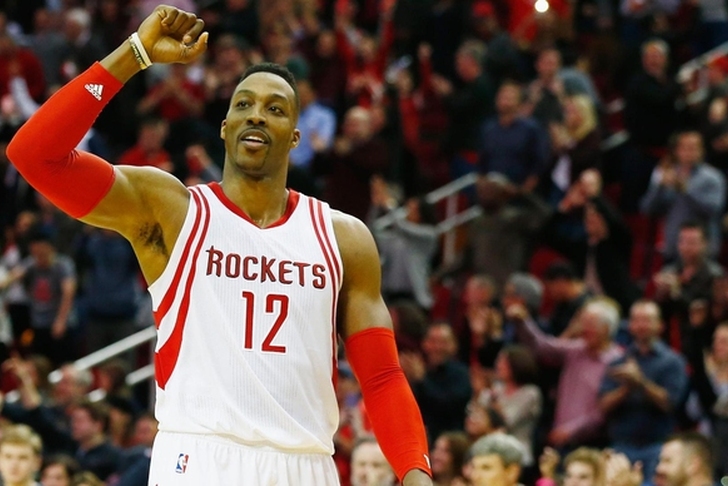 It's no secret that Dwight Howard is not happy playing for the Houston Rockets, and since the team wasn't able to trade him by the deadline, he will opt-out of his contract after the season to become a free agent. Since he won't be returning to Houston, which teams are the favorites to sign him? Here are the four teams that Dwight Howard is the most likely to sign with this offseason:

4) Chicago Bulls
Chicago did express interest in trading for Howard and want to upgrade their center position as the pressure mounts on them to win now. They currently have a logjam of big men, but they could get rid of some of them to make room for Howard. The Bulls would also have to let Joakim Noah walk in free agency and have Pau Gasol opt-out of his contract to have enough money to sign Howard.

3) Atlanta Hawks
Howard's hometown team nearly traded for him at the deadline, but ultimately decided to hold onto their current pieces. However, it's clear that they want to move on from their current core group of players, and with over $30 million in cap space this summer, they have plenty of cap space to give Howard. That being said, whether they want to do that or spend it on two second-level players remains to be seen.

2) Charlotte Hornets
The Hornets could very well be the dark horse in the Dwight Howard sweepstakes. Though they're not a contender, they desperately want to become a consistent playoff team with the hope of becoming relevant - and Howard could help them on both fronts. He has a great relationship with head coach Steve Clifford from his time as an assistant with the Orlando Magic, making Charlotte a very appealing option for Howard. The only thing holding the Hornets back will be whether they can (or want to) offer Howard the kind of money he's looking for.

1) Boston Celtics
Boston has been heavily pursuing Sacramento Kings center DeMarcus Cousins for the past year, but it seems more and more like the Kings are going to hold onto their All-Star center for the long-term. However, the Celtics' search for a star player to make them a true contender has led them to Howard. They didn't want to pull a trigger on a trade that would cost them future assets, not because they didn't want Howard. Expect them to offer him more money than anyone else.