4 Teams That Could Realistically Trade For Dwight Howard, And 1 Team With NO Interest 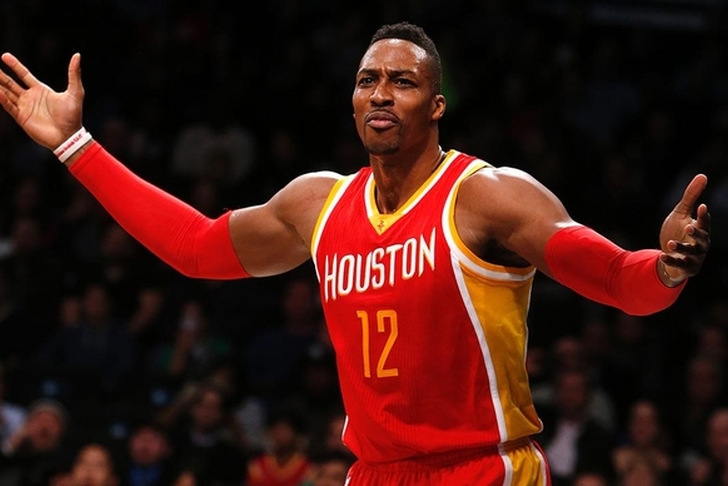 The Houston Rockets are reportedly shopping center Dwight Howard as he intends to opt of his contract with the team to become a free agent after the season. Houston is scrambling to try find a deal for him with just six days left until the NBA trade deadline. Where could Howard possibly end up? Here are his four most likely destinations, along with one team that has absolutely no interest in him:

Miami Heat
Miami was brought up as a plausible destination for Howard when there were earlier reports of his unhappiness in Houston, and they're the team that makes the most sense.The Heat are looking for a long-term solution at the center position as they won't be able to (and don't want to) re-sign starter Hassan Whiteside this offseason, and Howard could be their man.

Chris Sheridan of SheridanHoops said that "no place would be a better fit for Howard than Miami, with its geriatric roster built around Wade and Chris Bosh. If you are [GM Pat] Riley, and your two best players are in their 30s, why not add a third 30-something and take a swing at Cleveland with that?"

If Howard does get moved, Miami will probably be his landing spot.

Boston Celtics
Boston has been heavily pursuing Sacramento Kings center DeMarcus Cousins for the past year, but it seems more and more like the Kings are going to hold onto their All-Star center for the long-term. However, the Celtics' search for a star player to make them a true contender has led them to Howard. Boston has more draft picks than they know what to do with, and with their abundance of cap space this summer, they could acquire Howard without giving up much talent while making themselves a more desirable free agent destination.

Chicago Bulls
A much less likely option is Chicago, who are also reportedly looking to upgrade their center position. Chicago has a logjam of power forwards on their roster, and have made veteran big man Taj Gibson available, along with rookie Bobby Portis and draft picks. Portis would be a perfect addition to Houston's up-tempo system, and no deal would get done without him being involved.

Charlotte Hornets
The Hornets could very well be the dark horse in the Dwight Howard sweepstakes. Though they're not a contender, they desperately want to make the playoffs this year with the hope of becoming relevant - and Howard could help them on both fronts. Here's why a deal would work, via The Vertical's Bobby Marks:

Charlotte has played some of its best basketball of late and is currently holding onto the last playoff spot in the East. The Hornets could put a package together of Al Jefferson, Marvin Williams and a 2016 first-round pick, protected Nos. 1-10 for Howard. Of the trades mentioned above, this deal makes the most sense for both parties. Obtaining a player like Howard in Charlotte would likely see the Hornets in the playoffs come April. For Houston, the Rockets would still have a chance of making the playoffs while also obtaining a valuable first-rounder. Although injured, Jefferson could be back on the court in early March.

Toronto Raptors
Houston has called the Raptors about their interest in Howard, but Toronto responded with a resounding NO, according to Zach Lowe:

Among teams HOU has contacted re Dwight, per league sources: Toronto. Raps have shown no interest. @WojVerticalNBA reported Dwight feelers