3 Teams Most Likely To Sign Josh Smith In Free Agency 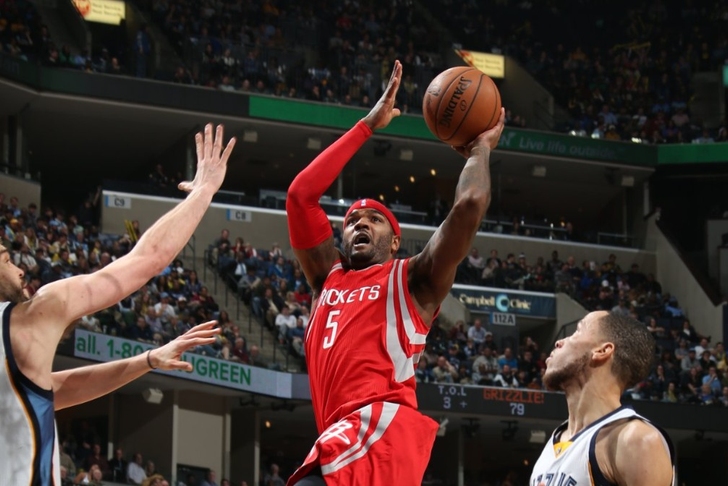 The 2015 NBA free agency period has reached the end of its first weekend, with many of the top available names already committed one way or the other. One of the most intriguing players left on the market right now is Josh Smith -- a guy who has all the tools to be a legit scoring monster as long as he keeps his head on straight. Here's our list of the 3 Teams Most Likely To Sign Josh Smith In Free Agency.

Adding a -- and this is a key word here -- motivated Josh Smith to a frontcourt that will already boast Julius Randle and Roy Hibbert would be a smart play for a Lakers team in need of "heat check" potential on the frontlines. Smith got his act together in Houston and has always been a versatile forward that can slot into the three and the four based on matchups and rotational need. He'll sometimes lapse over into Bizarro world decision making, but he's the kind of second- to third-tier scoring threat the Lakers are in the market for right about now.

The Kings have taken a wild swing at every marquee, semi-marquee and veteran free agent nice enough to give them the time of day. What they've pulled together out of all of this is a third rotation big (Kosta Koufos), and ball-dominant point guard (Rajon Rondo) and a shooting guard with on-again, off-again range (James Anderson). WHY NOT add Josh Smith to this cluster? The Kings have shown interest (shocking...), and while we don't see this as the best fit for Smith at all, they'll be willing to throw gobs of money at him regardless of the consequences.

Smith built up a great working relationship with Rockets head coach Kevin McHale, who figured out the tenuous balance between giving Smith touches and forcing him to rein it in that other coaches have failed to strike with the mercurial frontcourt talent. Smith was a vital supplementary scoring option for a Houston team that often lapsed into James Harden and four statues territory during the regular season. The Rockets will likely be able to bring him back on a relative discount too, especially with how happy and engaged he seemed during most of the team's 2015 playoff run.