3 Reasons Why James Harden Is The Only Choice For MVP 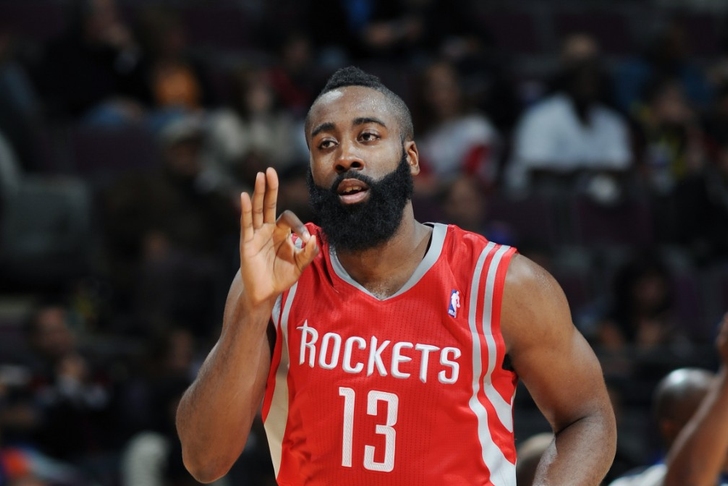 Yes, Stephen Curry is like Mighty Mouse after drinking a six-pack of Monster energy drinks

However, no matter what some NBA pundits say, there really is no controversy over who should be the league MVP this year. Here’s 3 Reasons Why James Harden Is The ONLY Choice For NBA MVP.

1. Where Would The Rockets Be Without Harden?

Other than perhaps Russell Westbrook, no player has been more essential to his team's playoff hopes than James freakin' Harden. However, the main difference between what Harden's done with an oft-depleted supporting cast and what Westbrook has accomplished similar situation in OKC is about eleven wins. If Curry's not on the Warriors, they're still playoff bound.

With Harden doing nearly EVERYTHING for Houston on most given nights, The Beard has willed Houston to the mid 50s in wins -- eleven more than both Anthony Davis' Pelicans and Westbrooks' Thunder squad entering play on Sunday.

If you're an opposing defender, you know that James Harden is going to dip his shoulder and cause you to make contact in order to get his points from the charity stripe. Harden was at an eye-popping 791 free throws attempted heading into Sunday -- about 22% more than the guy in second place, Russell Westbrook (618) The inevitability of Harden picking up fouls both racks up points (he shoots a sterling 86.5% from the line) and legitimately demoralizes good teams down the stretch of close games when he's living and thriving at the line.

Harden has morphed from a defensive liability at times into a solid on-the-ball defender. That simple fact combined with his run at the NBA's scoring title and underrated work as a passer has increased his value exponentially during this 2014-15 season. With Dwight Howard limited to basically a half season due to injury, Harden has done all of this while serving as the team's #1, #2, and #3 offensive option. By adding to his skill set while taking on even more of the load in Houston, Harden has separated himself as the NBA MVP candidate in 2014-15.