3 Bold Predictions For The Clippers-Rockets Series 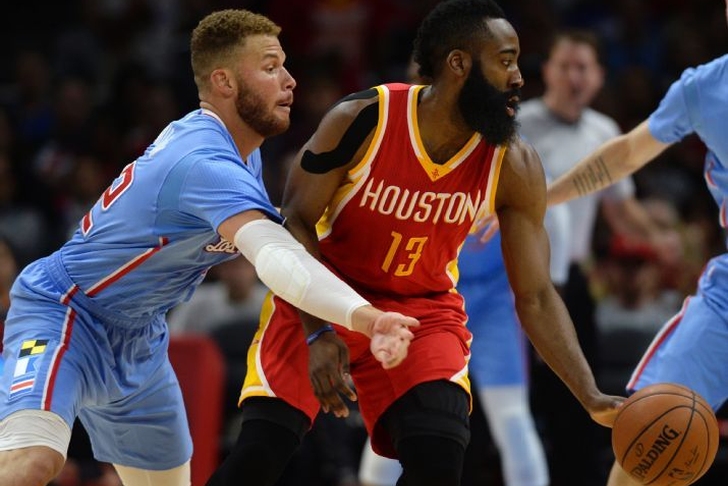 The Houston Rockets and Los Angeles Clippers are preparing to start an intriguing Western Conference Semifinals series, and there’s plenty to like about this classic battle between two teams at the top of their games. Here’s our list of 3 Bold Predictions For The Rockets vs. Clippers Series:

Houston's Dwight Howard and Los Angeles' DeAndre Jordan are two of the worst free throw shooters in the league, and opponents revert to fouling them on a game-by-game basis to create an advantage. However, if one team decides to use this strategy, the other will respond by doing it right back, essentially canceling out any advantage the first team was hoping to get.

2) Starting with Game 3, there will be several "skirmishes" each game

The Rockets and Clippers are two teams that always seem to annoy the opposition, creating somewhat of a powderkeg in this series. Games are always close and physical in the playoffs, and after a while, that will start to wear on each side. Eventually, they'll start to take those frustrations out on each other.

3) This series will be over in five or six games

Both of these teams play with a lot of emotion, and that works both to their advantage and to their detriment. Once a team gets rolling in this series and wins two games in a row, I think the gap between them will only start to widen as one side starts to feel a series win and the other starts to quit.