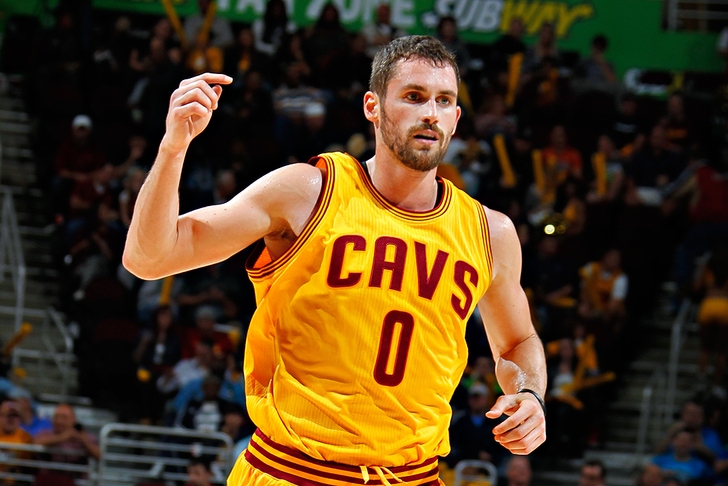 We're just a few hours away from the 2015 NBA Draft in Brooklyn, which means speculation is running wild among the fans and writers for all 30 NBA teams. With that being said, let's take a look at the buzz surrounding the Rockets with our list of 2 Draft Day Trades The Houston Rockets Could Make.

I think the most likely scenario involves a team with a lot of non-guaranteed money. Maybe the Rockets, with Kostas Papanikolaou’s non-guaranteed salary of nearly $5MM, would be a fit, though they have no shortage of power forwards.

This doesn't necessarily need to happen on draft night, but Lee has been connected to the Rockets ever since the Warriors place him on the trade block. Golden State would get much-needed cap relief before handing Draymond Green an expected max deal, and Houston would get a former All-Star forward to either place in the rotation or use as trade bait elsewhere.

There may be some sweetener and evening out necessary to get this deal off the ground, but the above scenario would be the basis of the swap.

ESPN's Marc Stein reported on Thursday that the Rockets have placed a high price tag on both their #18 pick and Terrence Jones, but they'd likely jump in a minute at offloading both if they could somehow pull off a sign-and-trade for Kevin Love.

The scariest part of this scenario is losing an absolute gamer in Trevor Ariza at a cost-effective rate of just over $23 million for the next three years. However, the Rockets were (reportedly) already looking to make waves in free agency by freeing up space for a run at Love or Portland's LaMarcus Aldridge...

Rockets very much exploring all avenues to create needed cap space to chase Love OR Aldridge, but moving Jones or No. 18 is minor money-wise

This would just expedite things without the whole post-July 1st courting process...