USWNT players seek more than $66M in damages in lawsuit vs. US Soccer 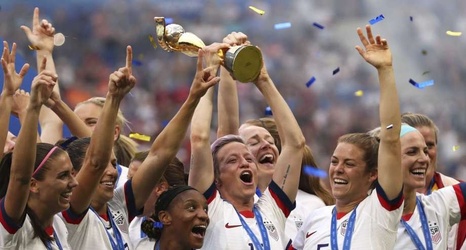 Players on the U.S. women's national team are seeking more than $66 million in damages as part of their gender discrimination lawsuit against the U.S. Soccer Federation.

The damages were included in slew of papers filed Thursday night in U.S. District Court in Los Angeles ahead of a trial scheduled to start May 5.

Among the documents filed were the separate collective bargaining agreements of the U.S. men's and women's teams, which had not previously been made public.