US soccer men's union says women's pay should be tripled 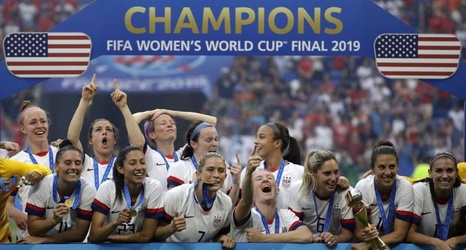 NEW YORK (AP) — The U.S. men's national team urged the U.S. Soccer Federation to sharply increase pay of the American women and accused the governing body of making low-ball offers in negotiations with the men.

The union for the women's team filed a gender discrimination lawsuit against the USSF that is scheduled for trial starting May 5 in U.S. District Court in Los Angeles. The women agreed to a collective bargaining agreement in April 2017 that extends through 2021. The men's labor contract expired at the end of 2018.

ON HOUSTONCHRONICLE.COM: US women don't think they've peaked yet