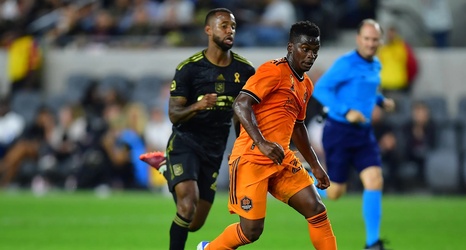 Houston Dynamo looked to continue their success under Interim Manager Kenny Bundy as they headed to the West Coast to take on the top team in the Western Conference, LAFC. The Dynamo were successful in their last meeting with LAFC, this time would be different with LAFC getting the win 3-1. Despite a strong showing in the first half, some defensive errors and a poor second half had the top side in the West cruise to a win.

Very early into the game it was clear LAFC wanted to establish their presence with a high press to pin Houston deep.