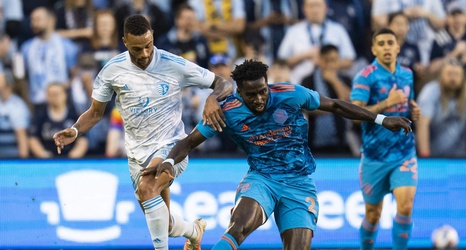 Houston Dynamo FC tried to follow up their win against the Vancouver Whitecaps with a road victory against Sporting Kansas City, but came up short in a 3-2 loss. The Dynamo played well in the first half to hold the lead, but were no match for SKC in the second half at Children’s Mercy Park.

Sporting Kansas City were the team in control during the opening minutes. Khiry Shelton misread a pass, but his run got him on goal, thankfully Dynamo goalkeeper Marko Mariu0107 was alert to it. Not long after that attempt Derrick Jones fouled a Kansas player in a dangerous spot, but the wall did its job and the ball was successfully cleared.