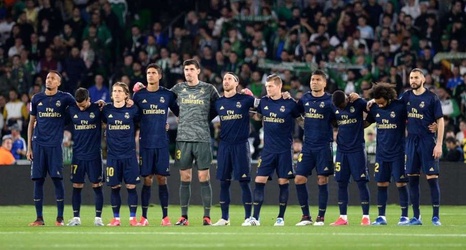 BARCELONA, Spain (AP) — Real Madrid's soccer and basketball teams were put in quarantine on Thursday after one of the club's basketball players tested positive for the coronavirus.

The Spanish club said that its soccer team was affected because it shares training facilities with the basketball team.

The decision by the club came moments before the Spanish league said the next two rounds of the top two soccer divisions will be suspended because of outbreak. The league said in a statement that it had taken the decision after becoming aware of “the quarantine established in Real Madrid and the possible cases in players from other clubs,” without mentioning those suspected cases.