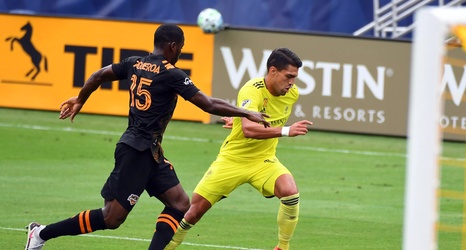 In the first ever meeting between the Houston Dynamo and Nashville SC, the two sides battled to a 1-1 draw. Nashville was content to sit deeper and was very successful on the counter attack even with fewer numbers. This helped them grab an early second half lead before the Dynamo leveled things just before the end of the game.

In the opening minutes, the Dynamo dominated the majority of the possession with Nashville largely sitting deeper. Nashville’s defense was difficult to break down, especially for Houston, but the Dynamo kept the ball in the home side’s half.