How did you think the Dynamo players performed in their 0-1 loss on the road against the Seattle Sounders? 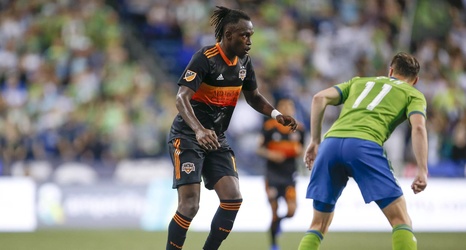 The Houston Dynamo were unable to come up with a positive result on their road trip to the Pacific Northwest when they visited Seattle Sounders FC. Although the Dynamo had their chances to get on the board, they were unable to and Cristian Roldan’s early strike was enough for the home side to get all three points.

Quick Thoughts about the Game:

1) The Dynamo had several chances to equalize and potentially take the lead, but the team must’ve left their finishing boots back in Houston. Alberth Elis came close twice in the first half while Mauro Manotas went 1v1 with goalkeeper Stefan Frei and he blasted his shot into the stands.