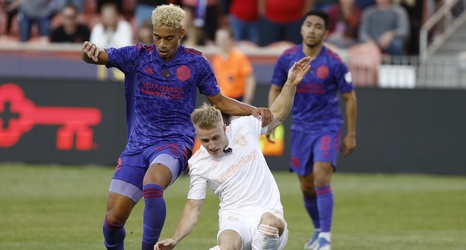 Houston Dynamo FC were coming off a midweek Lamar Hunt US Open Cup loss to rivals Sporting Kansas City at Children’s Mercy Park. The team hoped to rebound on another road trip as they headed to Sandy, Utah to take on Real Salt Lake. Unfortunately for Houston, despite a promising start, they kept getting dismantled a goal at a time finally falling 3-0 at Rio Tinto.

The opening affair between the two was relatively back and forth with neither looking particularly dominant on the ball. Houston had an early chance after earning a set piece outside of the 18 yard box of Real Salt Lake, but the ensuing free kick was well over the top of goal.