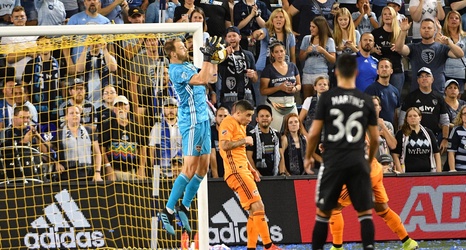 Coming into tonight’s contest at Children’s Mercy Park against Sporting Kansas City, interim manager Davy Arnaud was still seeking his first three points since taking over for Wilmer Cabrera. Unfortunately, he’ll have to keep waiting as the Dynamo were defeated 1-0 on the road. The Dynamo were coming off an embarrassing 5-1 loss against FC Dallas so this game was an important game to rebound off of. However, SKC’s style of play and the Dynamo’s lack of energy at times helped the home side stick it out for three points.

Sporting Kansas City flew out of the gate showcasing their high press and quick attacking style of play.