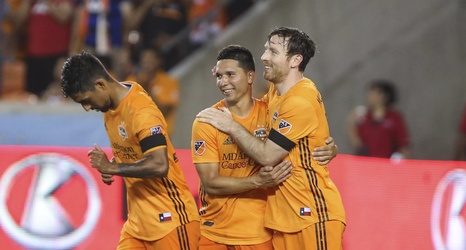 The Houston Dynamo wrapped up their third game in eight days with three points despite losing Alberth Elis to injury. The visiting D.C. United got on the board first, but goals from Memo Rodríguez and Tommy McNamara lifted the Dynamo to victory.

Quick Thoughts about the Game:

1) For most of the early stages of each half, the visiting side looked like the stronger team as D.C. United were able to control possession more effectively, create more dangerous chances, and limit the Dynamo’s offense from getting going. Part of that in no doubt was due to the loss of Alberth Elis, but the Dynamo would play their way back into the game which showed their resilience – especially after the Wayne Rooney goal – against a top club in the Eastern Conference.