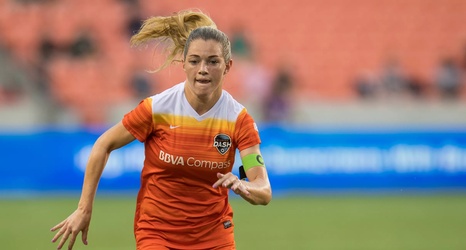 The Houston Dash hosted the Orlando Pride for a late afternoon game on Sunday that saw them walk away with their first win at home this season. Thanks to a goal from one Kealia Ohai the Dash moved in to third place in the NWSL Standings. Orlando has struggled to jump start their season and it got even tougher this week with three of their players reporting to the USWNT ahead of the World Cup.

Ohai scored in the seventh minute of the game on a brilliant shot. After being on the receiving end of a long ball the forward cut in past two Orlando defenders.