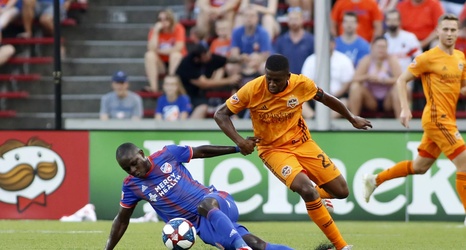 It’s been a relatively slow week on the Houston professioanl soccer front with the Christmas holidays fast approaching. Having said that the Houston Dynamo did make news with the re-signing of three key figures announced today (Friday Dec 20, 2019). They have re-signed the ageless one Boniek Garcia, midfielder Darwin Ceren & defender Maynor Figueroa.

These three are key to Houston moving upward in the table for the 2020 campaign. Many of you probably remember when Boniek first signed with the club nine seasons ago, He has been one of Matt Jordan’s best signings to date.