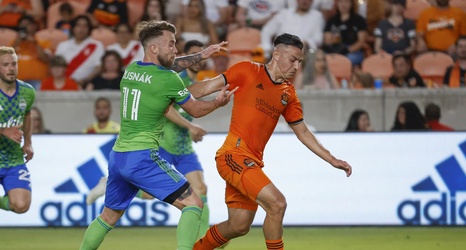 After each game we’ll be handing out player ratings on a 1 - 10 scale. The Houston Dynamo played well on Wednesday night but were unable to pick up any points, falling to the Seattle Sounders 1-0. Let’s dive into the individual performances from this match. All stats referenced are from fbref.

Clark made 3 saves on 4 shots and got a hand on Raul Ruidiaz’s goal. Steve also completed 91% of his passes on the night. The defense, as a whole, did well to hold Seattle’s first choice lineup to 1 goal.