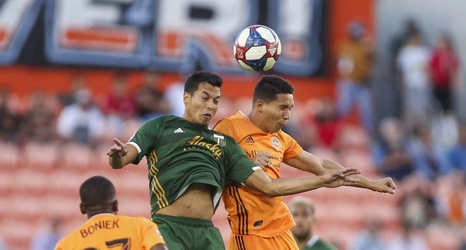 The Houston Dynamo hosted the Portland Timbers on Wednesday night at BBVA Compass Stadium. Both sides were looking for a win and three points as the Timbers were hoping to jump start their season and the Dynamo were looking to rebound after losing to Seattle over the weekend. Both sides would have to settle for a point each after they played to a 1-1 draw.

In the 40th minute it was Mauro Manotas who broke the 0-0 deadlock. The Dynamo won a corner kick which was taken by Memo Rodriguez.