Dynamo settle for draw with Timbers 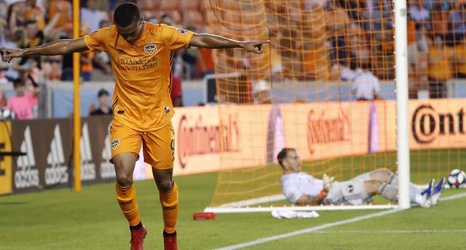 Despite a flurry of off-target shots, the Portland Timbers swiped a second-half goal to tie the Houston Dynamo in a 1-1 draw at BBVA Compass Stadium on Wednesday.

Portland (3-6-2, 11 points) unleashed its first shot within the first minute when Matias Vera turned his back to Sebastian Blanco to deflect his early effort from near the edge of the area. But the Dynamo fought their way onto the board first when Mauro Manotas recorded his seventh goal in seven games against the Timbers.

In the 40th minute, Memo Rodriguez helped facilitate the Dynamo's (6-2-2, 20 points) opening score with a corner kick from the right corner.