Dynamo rally to draw against Rapids 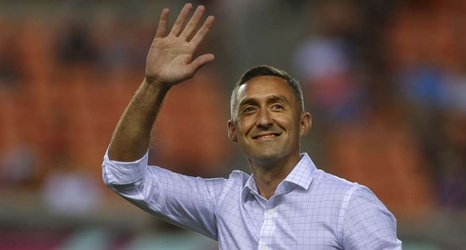 Staring down another drop in the Western Conference standings, Houston's attack came alive in time to earn the team its first point in four weeks. The Dynamo tied the Colorado Rapids 2-2 in interim Davy Arnaud's head coaching debut with the team at BBVA Stadium on Saturday.

Early on, Arnaud's debut looked to be spoiled.

In the seventh minute, Rapids (7-13-6, 27 points) midfielder Sam Nicholson fielded a long ball from the right side of the field and popped it in toward Diego Rubio. The forward charged onto the ball, splitting Houston center backs Maynor Figueroa and Aljaz Struna and fired a shot past Joe Willis a split second before the goalkeeper could react.