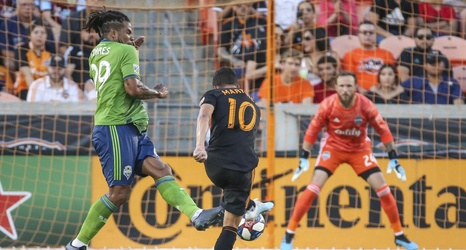 After an exciting Leagues Cup match this past Wednesday, the Houston Dynamo were back in action in a game that actually matters against Seattle Sounders FC. Prior to this game, Houston had been riddled with distractions. Juan David Cabezas and Romell Quioto were both fined by the MLS for questionable reasons, Alberth Elis was suspended an additional game for his conduct from over a week ago, and Mauro Manotas had been surrounded by rumors that he is leaving the team during the summer transfer window.