Dash take down Royals on penalties to reach semifinal 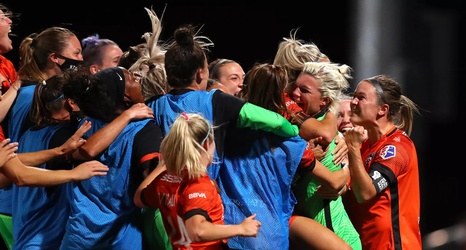 It wasn’t easy but they held it down. The Houston Dash survived a frenetic quarter-final with the Utah Royals and reached the NWSL final four for the first time in the club’s history. After it finished 0-0 in regulation, the Dash took it all the way to a penalty shootout and triumphed 3-2 in a series dominated by the greatness of goalkeeper Jane Campbell.

As midnight back in Texas got closer and closer, it was unclear at times whether the Dash were in fact going to turn into pumpkins by the time the match concluded. The contest was disorderly from start to finish.