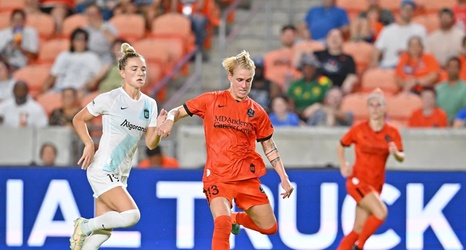 The Houston Dash have announced their 2022 team award winners following the club’s first postseason appearance. Five players earned awards after the memorable season for the club.

Midfielder Sophie Schmidt was named Most Valuable Player and was voted Player’s Player of the Year by the Dash players. The Canadian played 15 games and scored 3 goals this season, including one in the playoff match.

Forward Ebony Salmon won the Golden Boot as the team’s top scorer with nine goals. Salmon joined the team at the end of June and immediately became a star for the Dash.