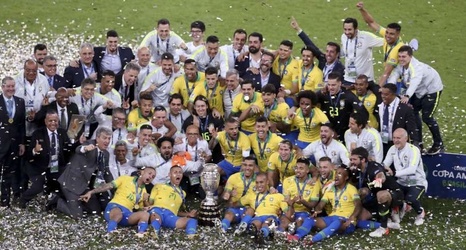 With its injured star watching from the stands at a packed Maracanã Stadium, Brazil defeated Peru 3-1 to win its first South American title since 2007 on Sunday.

It was Neymar's replacement, Everton, who led the team to victory, scoring a goal and setting up another to give Brazil its ninth Copa América trophy, and fifth at home.

Gabriel Jesus and Richarlison also scored a goal each for Brazil, which has won the title every time it hosted the tournament.