Anatomy of a Goal - Tommy Mac Opens His Account 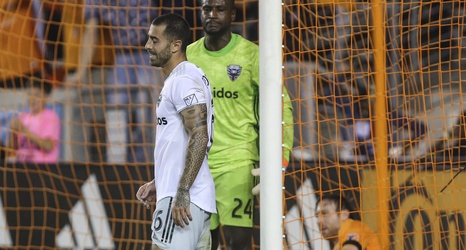 After falling behind early in the first half Saturday night, the Dynamo scored twice in two minutes to defeat D.C. United 2-1 at BBVA Compass Stadium. Memo Rodriguez scored the winner and Tommy McNamara got the winner, his first as a member of the Houston Dynamo.

In this week’s Anatomy of a Goal, we’re breaking down McNamara’s winner, Tommy Mac being Tommy Mac.

The play starts with Dynamo center back Alejandro Fuenmayor in acres of space. Usually when defenders have the ball they’ll get it to their play makers as soon as possible but Fuenmayor takes advantage of the space and dribbles forward.