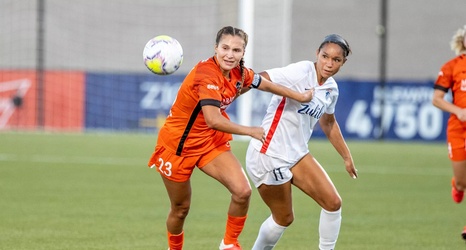 Fireworks littered the early night skies beyond Zions Bank Stadium but they remained distant embers in comparison to the iridescent performance of the Houston Dash; a joyous 90 minute blur of fast paced counter attacking football. Could the Dash faithful and James Clarkson have seen this coming? Of course. Saturday evening’s confident 2-0 win over the OL Reign was about executing a plan. The uneven match played out as if it had been the final draft of an extraneous screenplay writing session by Rachel Daly, Kristie Mewis, and Shea Groom.

The Dash continued to line up in a 4-3-3 but made a few select personnel changes.