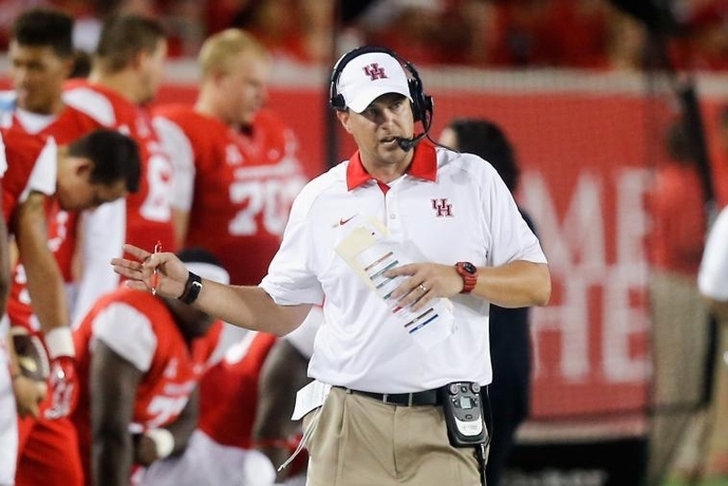 After leading the Houston Cougars to an 11-1 regular season record in his first year on the job, head coach Tom Herman quickly became a popular candidate for several job openings. However, Herman announced Monday that he has a deal in place to stay at Houston.

Herman hasn't signed a new contract, but has agreed to a deal in principle. Only the details need to be finalized.

"These things take twists and turns along the way as they sometimes do, but I don't anticipate that happening," Herman said. "That's probably all I'm going to say about it."

Herman came to Houston from Ohio State and has quickly become one of the hottest young coaches in college football. His success led Houston's board of regents to approve a new contract that would pay Herman at least $3 million per year.

If Herman's salary is bumped from his current $1.35 million to $3 million (or more), he'll be the highest-paid Group of 5 head coach. Herman and his Cougars play Temple this Saturday in the American Athletic Conference championship game.