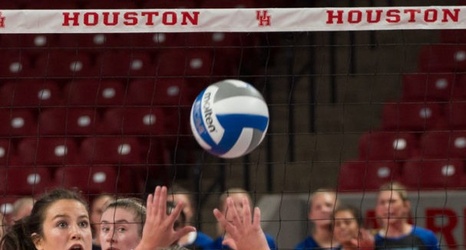 Looking to advance in the American Athletic Conference Championship final, the Houston volleyball team fell short against Temple with a final score of 3-1 on Friday afternoon.

The matchup between UH and Temple was held at the Fifth Third Arena in Cincinnati.

Here is how the opening round transpired:

In the first set, the Cougars jumped out to a good start, taking the first set 25-18, however, Temple was able to come back and erase the Cougars’ one-set lead after just edging out the UH volleyball team with a two-point win.

That narrow victory proved to be a turning point in the third set of the match.